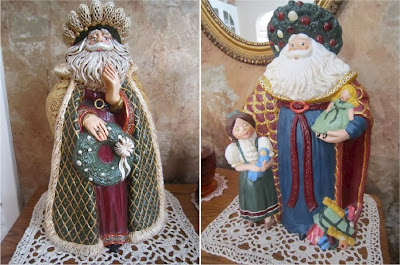 I painted these large ceramic ornaments for Mum and Dad many years ago. They are similar in size and sit together at opposite ends of the dining room buffet. They were painted several years apart so it was interesting to see them together as an example of one with 'antiquing' effect and one without. 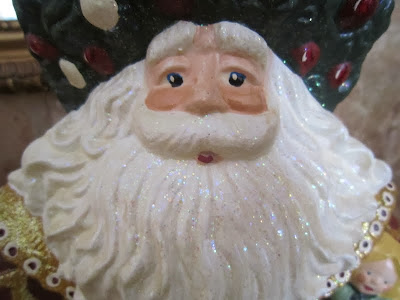 Santa was the first one I did - as was my norm it has opaque paints, metallic paints, opalescent paints and a little glitter glaze. 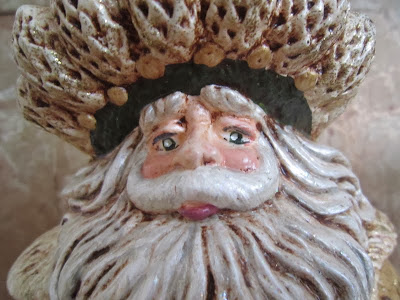 The second one, Good King Wenceslas - or another old world Santa if you prefer - was the first and I think only time I tried the 'antiquing' technique. I don't mind telling you, after the amount of time I'd spent painting various things like the annoying - I mean detailed - cape lining, it took a lot of courage to cover it all up with brown paint. It was a scary moment indeed! 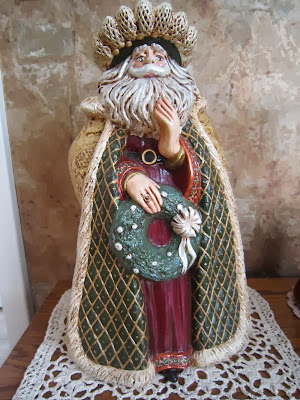 After sealing first with glaze, I applied some brown paint that I had watered down to be quite runny. You want to work in small areas so it doesn't dry too quickly, and just sponge off the excess as you go. When it's all dry, it's sealed again. Depending on the subject matter you're painting - I think this is a great finish.

I Sell on Etsy! 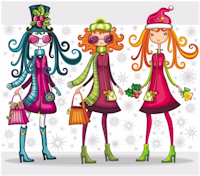 Get Posts via email 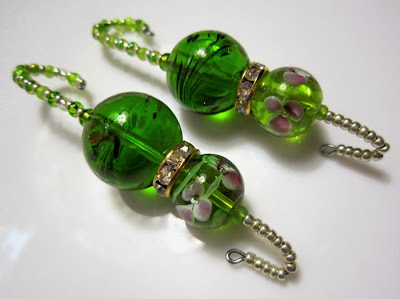